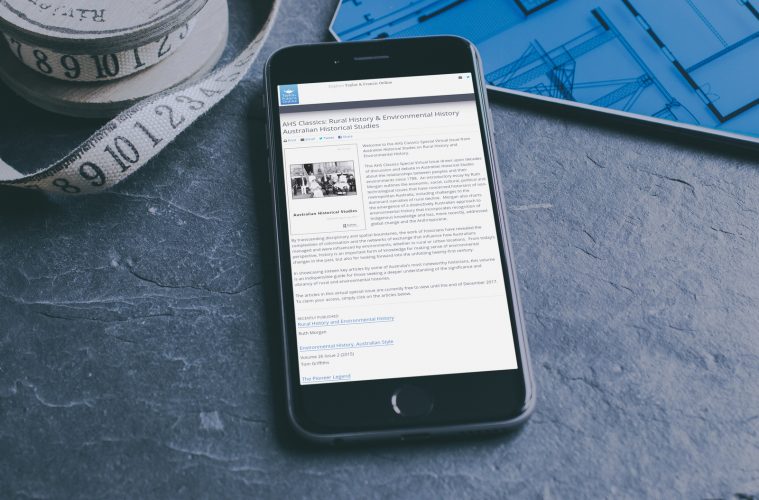 This AHS Classics Special Virtual Issue draws upon decades of discussion and debate in Australian Historical Studies about the relationships between peoples and their environments since 1788.  An introductory essay by Ruth Morgan outlines the economic, social, cultural, political and technological issues that have concerned historians of non-metropolitan Australia, including challenges to the dominant narrative of rural decline.  Morgan also charts the emergence of a distinctively Australian approach to environmental history that incorporates recognition of Indigenous knowledge and has, more recently, addressed global change and the Anthropocene.

The issue showcases sixteen key articles by some of Australia’s most noteworthy historians, including the Centre for Environmental History’s Tom Griffiths.

The articles in the virtual special issue are free to view until the end of December 2017.