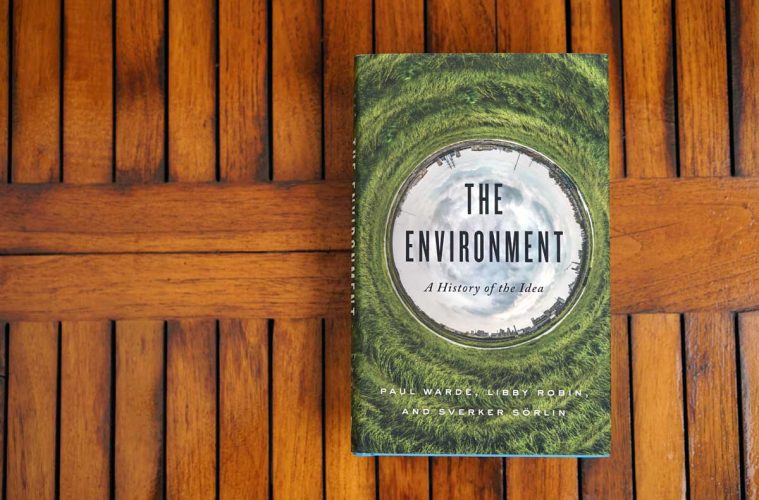 The Environment: A History of the Idea

Is it possible for the economy to grow without the environment being destroyed? Will our lifestyles impoverish the planet for our children and grandchildren? Is the world sick? Can it be healed? Less than a lifetime ago, these questions would have made no sense. This was not because our ancestors had no impact on nature—nor because they were unaware of the serious damage they had done. What people lacked was an idea: a way of imagining the web of interconnection and consequence of which the natural world is made. Without this notion, we didn’t have a way to describe the scale and scope of human impact upon nature. This idea was “the environment.”

In this fascinating book, Paul Warde, Libby Robin, and Sverker Sörlin trace the emergence of the concept of the environment following World War II, a period characterized by both hope for a new global order and fear of humans’ capacity for almost limitless destruction. It was at this moment that a new idea and a new narrative about the planet-wide impact of people’s behavior emerged, closely allied to anxieties for the future. Now we had a vocabulary for talking about how we were changing nature: resource exhaustion and energy, biodiversity, pollution, and—eventually—climate change.

With the rise of “the environment,” the authors argue, came new expertise, making certain kinds of knowledge crucial to understanding the future of our planet. The untold history of how people came to conceive, to manage, and to dispute environmental crisis, The Environment is essential reading for anyone who wants to help protect the environment from the numerous threats it faces today.

“Impressive in the freshness of its argument, the depth of its coverage, and the seamlessness with which its authors, each a distinguished environmental historian, have managed to collaborate in its production. This book will appeal to anyone with a serious intellectual or practical interest in environmental issues. It is hard to imagine that anyone, no matter how extensive their familiarity with the subject, will not learn from this book.”

“The Environment is intellectual history of the highest order. Through careful research and extraordinarily wide source material, the authors deftly and expertly unravel the complex and fascinating genealogy of one of the most powerful and influential concepts of the modern era.”

“The team of Warde, Robin, and Srlin offer a compact, clear, and crisp intellectual history of the concept of the environment. Ranging across the Anglophone world and sometimes beyond, they bring insight and historical context to their analysis of the crucial thinkers, ideas, and debates in environmental science as it evolved since the 1940s.”

— J. R. McNeill, Georgetown University, coauthor of The Great Acceleration: An Environmental History of the Anthropocene since 1945

“What distinguishes this book’s approach to intellectual history—in this case, the history of the idea of ‘environment’—is the authors’ meticulous and unwavering attention to histories of expertise, institutional power, and dominant imaginaries that influence the public career of an influential idea. A must read for those debating the environment today.”