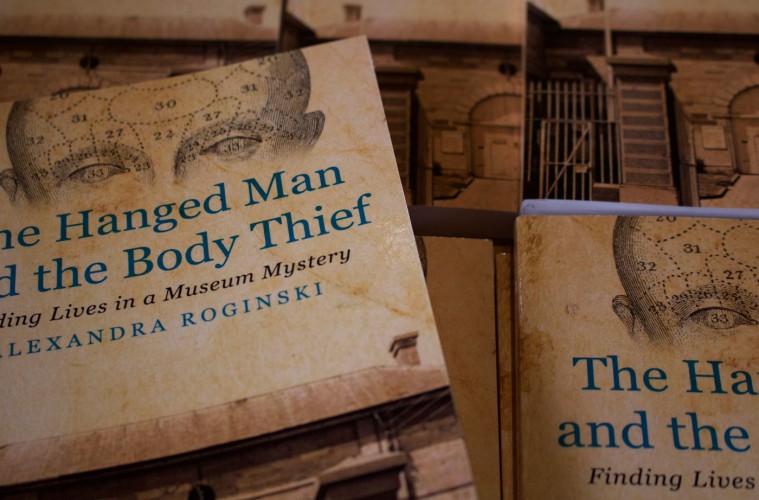 The Hanged Man and the Body Thief: Finding Lives in a Museum Mystery – New Book

1860. An Aboriginal labourer named Jim Crow is led to the scaffold of the Maitland Gaol in colonial New South Wales. Among the onlookers is the Scotsman AS Hamilton, who will later take bizarre steps in the aftermath of the execution to exhume this young man’s skull. Hamilton is a lecturer who travels the Australian colonies teaching phrenology, a popular science that claims character and intellect can be judged from a person’s head. For Hamilton, Jim Crow is an important prize.

A century and a half later, researchers at Museum Victoria want to repatriate Jim Crow and other Aboriginal people from Hamilton’s collection of human remains to their respective communities. But their only clues are damaged labels and skulls. With each new find, more questions emerge. Who was Jim Crow? Why was he executed? And how did he end up so far south in Melbourne?

In a compelling and original work of history, Alexandra Roginski leads the reader through her extensive research aimed at finding the person within the museum piece. Reconstructing the narrative of a life and a theft, she crafts a case study that elegantly navigates between legal and Aboriginal history, heritage studies and biography.

The Hanged Man and the Body Thief is a nuanced story about phrenology, a biased legal system, the aspirations of a new museum, and the dilemmas of a theatrical third wife. It is most importantly a tale of two very different men, collector and collected, one of whom can now return home.

Read an article about the book in The Age

Alexandra Roginski lives in Canberra, where she is a doctoral candidate researching the history of popular phrenology at the Australian National University. Originally from Melbourne, she has written for The Age, the Big Issue, and specialist publications in education, research and development. Her interest in the history of science developed during a period when she was working in medical communications. In 2013, Alexandra was awarded an 1854 Student Scholarship from Museum Victoria, where she has also worked as a research assistant in Indigenous repatriation. This is her first book. 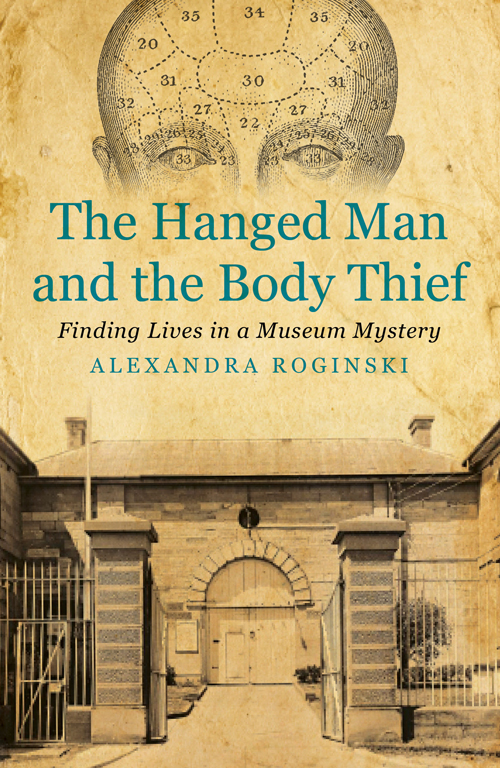