Digging Deep into the US National Archives 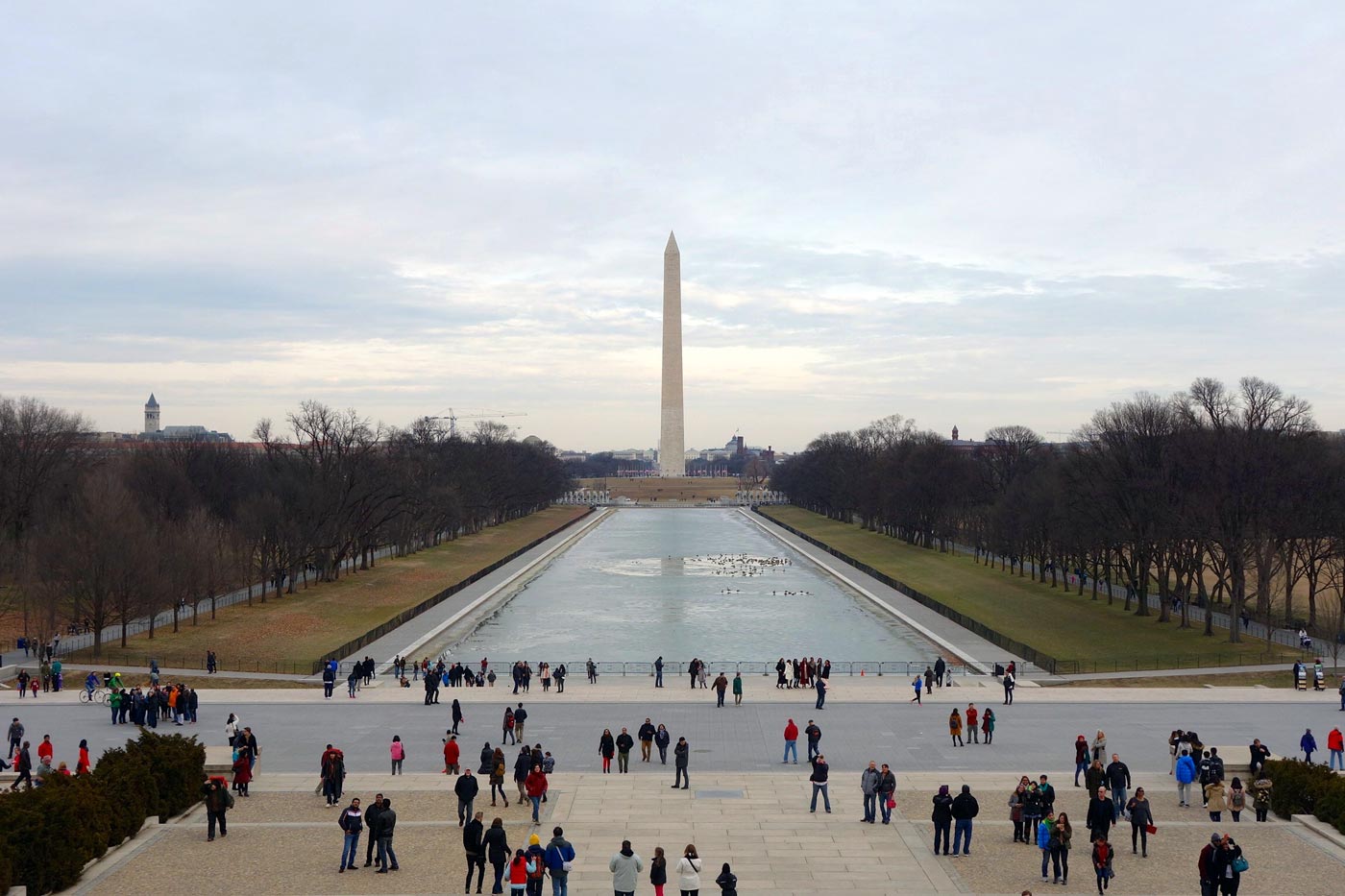 DAVID appeared in the room wearing a navy lab coat and a head of fluffy salt-and-pepper hair. He made his way to the Research Consultation desk and shared a brief exchange with a colleague before they both turned and looked squarely at me. Without hesitation, David crossed the room, laid a hand down on my desk and towered over me. ‘What’s your topic?’ he asked curtly. ‘Antarctic tourism,’ I answered, sensing he was a man who preferred short, sharp answers. David let a tense few seconds of silence elapse before erupting into hysterical laughter. Researchers and archivists immediately turned and stared. Two men sitting opposite me shared a gentle chuckle. Whether they were laughing at my expense or David’s I could not tell.

It was my seventh day at the National Archives and Record Administration (NARA), located 25 kilometres from downtown Washington D.C., in College Park. By now, I had eavesdropped on enough conversations about the civil rights movement, the Second World War and the Cuban Missile Crisis to understand why David had found my topic so amusing. Also, I had seen enough of him to know not to take his ridicule personally. On my first day, he almost exploded out of frustration at a young, enthusiastic researcher looking for information on US-Latin American relations in the 1950s. A few days later, he approached a man sitting opposite me and handed him a manila folder. ‘You might find this useful,’ David said. The man, who was clearly a regular visitor, almost fell off his chair in disbelief. His equally stunned neighbour leaned over and whispered jokingly, ‘He must like you.’

“The painstakingly archived items had included a half-eaten sandwich and individual paper clips. I wondered what treasures, or mouldy sandwiches, I might find on my archival digs.”

As an environmental science student, the concept of data collection had seemed simple enough. It meant venturing into the elements armed with all manner of gadgets to collect, tag or measure anything from fish and insects to water and soil. As a fledgling historian, I was less clear about what data was, where I would find it and how I would collect it. I explained my confusion to my supervisor, Tom Griffiths, and he suggested that I ‘get stuck into an archive’ and see what I find. I knew there was no way to make my next question sound any less ignorant so I just came out with it. ‘What exactly do you mean by “archive”?’ I asked. Without hesitation, Tom began to describe various examples of archives. Whether they were government files, a personal photograph collection or a donated box of memorabilia, Tom made them all sound like treasure troves waiting to be probed. Soon after our talk, I heard about a group of archivists who had spent a year and a half cataloguing the contents of hundreds of boxes containing Andy Warhol’s belongings. The painstakingly archived items had included a half-eaten sandwich and individual paper clips. I wondered what treasures, or mouldy sandwiches, I might find on my archival digs. 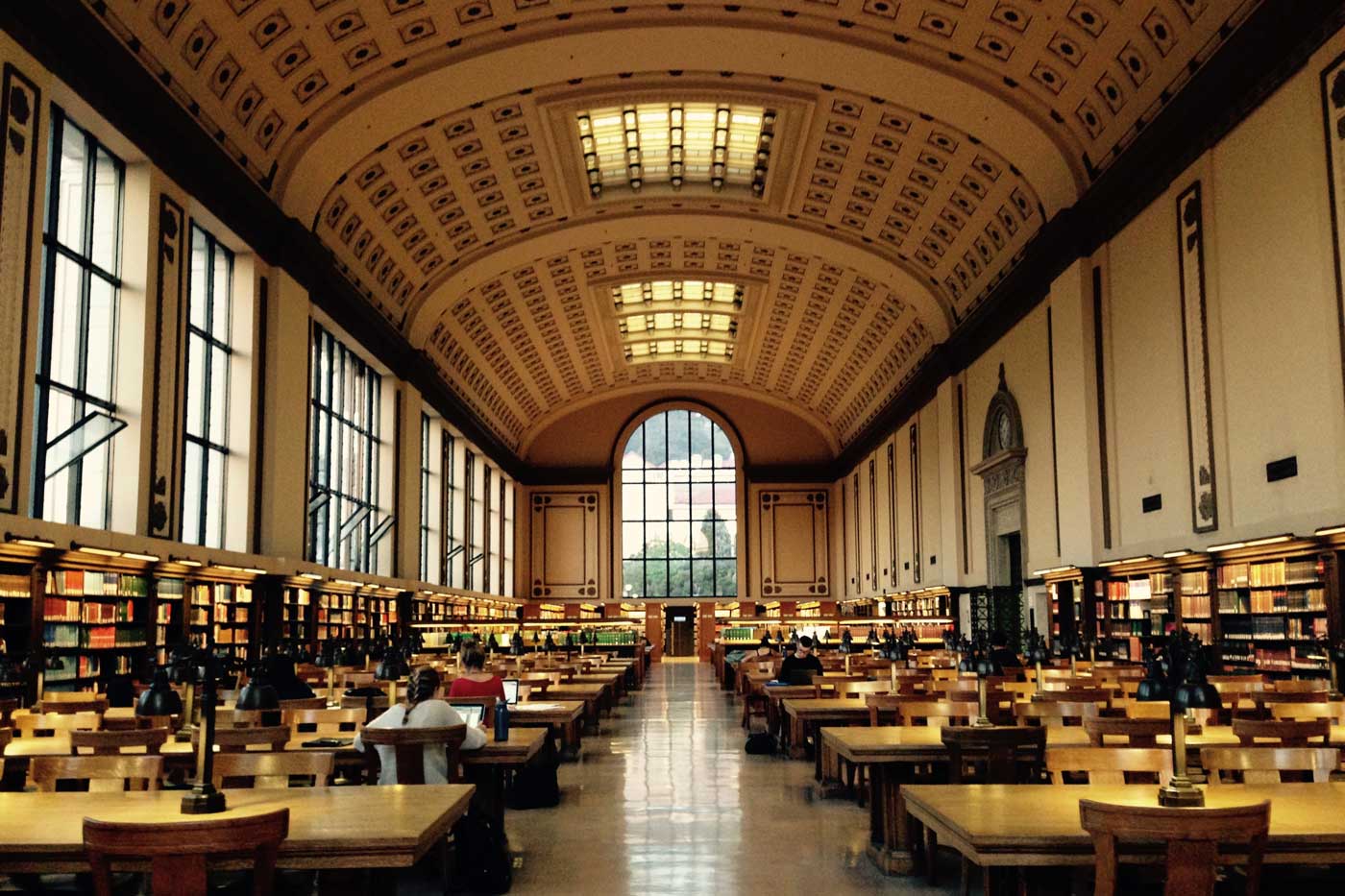 UC Berkeley: In the reading room of the Doe Library, UC Berkeley, where I spent much of March and April

My first official visit to an archival institution was to the National Archives of Australia (NAA) in Canberra. I remember nervously walking towards the reading room, stopping on the way to carefully read any signs instructing me what I should or should not be doing or carrying. Having secured my belongings and requested my first file, I found a seat and settled in. Unsure whether there was a particular way I should be conducting myself, I stole glances of other researchers – how they organised their desks, the speed and care with which they turned their pages and the stance they took while photographing documents. When I finally felt confident that I was more or less blending in, I let everything else disappear into the background and immersed myself in the document before me.

Subsequent visits to NAA and other archival institutions around Australia rendered valuable information and much-needed practice for NARA. As planned, my three-month US research trip began in New York and moved westward, first to Washington D.C. and then to Berkeley in California. In New York and California, I focused on writing and on recording oral histories with pioneer Antarctic tour operators. In D.C., my focus was on the archives. Several months before leaving Canberra, I had begun corresponding with an archivist at NARA who helped me identify relevant records. I also sought help, as I often do, from Sandro Antonello, who gave me a sense of how NARA ‘worked’ and sent me a finding aid for the Office of Polar Programs records. ‘College Park is huge, and totally daunting on the first day’, Sandro warned me, ‘(to give you a sense, you could fit the entire National Archives of Canberra building near Old Parliament House in the reading room!)’ 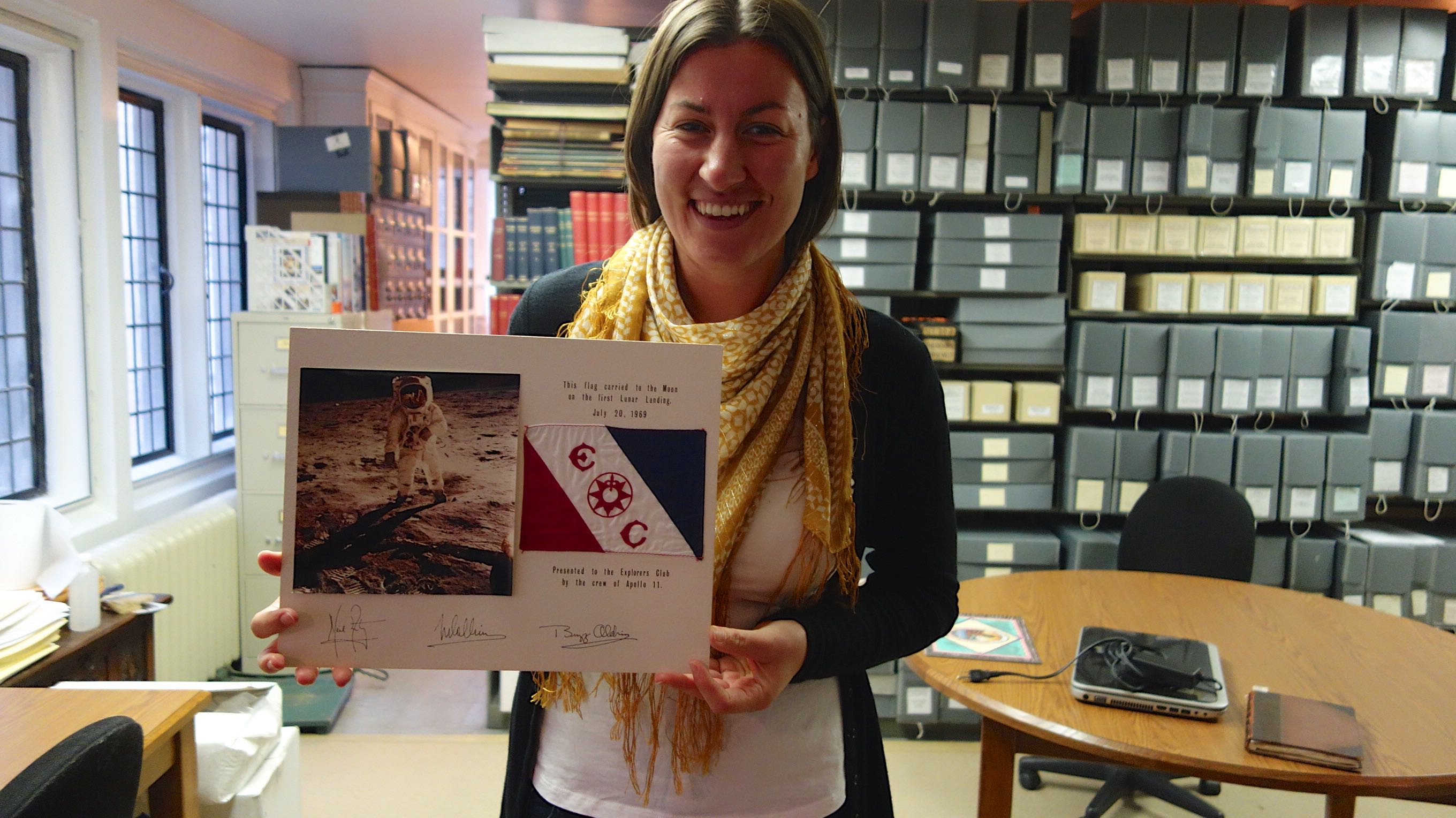 Above: During a visit to the New York Explorers Club archives, I got to hold the flag that was carried to the moon on the first moon landing (unrelated to Antarctic tourism but pretty cool).

The first day was indeed daunting. Following two security checks, I stowed my winter layers in a locker, sought official approval to take three loose sheets of paper with me to the reading room, and placed my valuables in a pre-approved clear plastic bag. Fronting up to yet another security check, I produced my bounty for inspection and was met with a long, considered stare. ‘They’re not going to let you in the reading room with that,’ said the security guard. I looked down at my wallet, camera, laptop, phone and paper thoroughly confused. ‘You’re wearing an outer-layer,’ he explained. I considered delving into the semantics of layering with the security guard, but instead I stripped off my mid-layer and spent the rest of the day clutching my goose bumped arms. Finally in the reading room, I met with an archivist who conceded that my main source of interest, Record Group 307, was a mess. We persevered nonetheless and, within a couple of hours, I was presented with my very own trolley of archive boxes.

Over the course of the next seven days, I spent an hour each morning travelling by train and bus to College Park. I sifted through dozens of boxes filled with useful statistics, revealing exchanges, quotable quotes and a lot of material that seemed irrelevant but which I recorded anyway. I continued my habit of stealing glances and sound bytes from fellow researchers, and I pondered the fate of their research. (I also gleaned a grumpy archivist in a navy lab coat and made a mental note to avoid him.) At NARA, I was absorbed in a strange and illuminating world. A hush-toned, beige-hued repository full of V-neck sweaters and rules on allowable handkerchief size, it felt worlds away from Antarctica. Yet I sensed that the information and insight I gathered there was just as important, and very much complementary, to that which I had extracted from the ice. 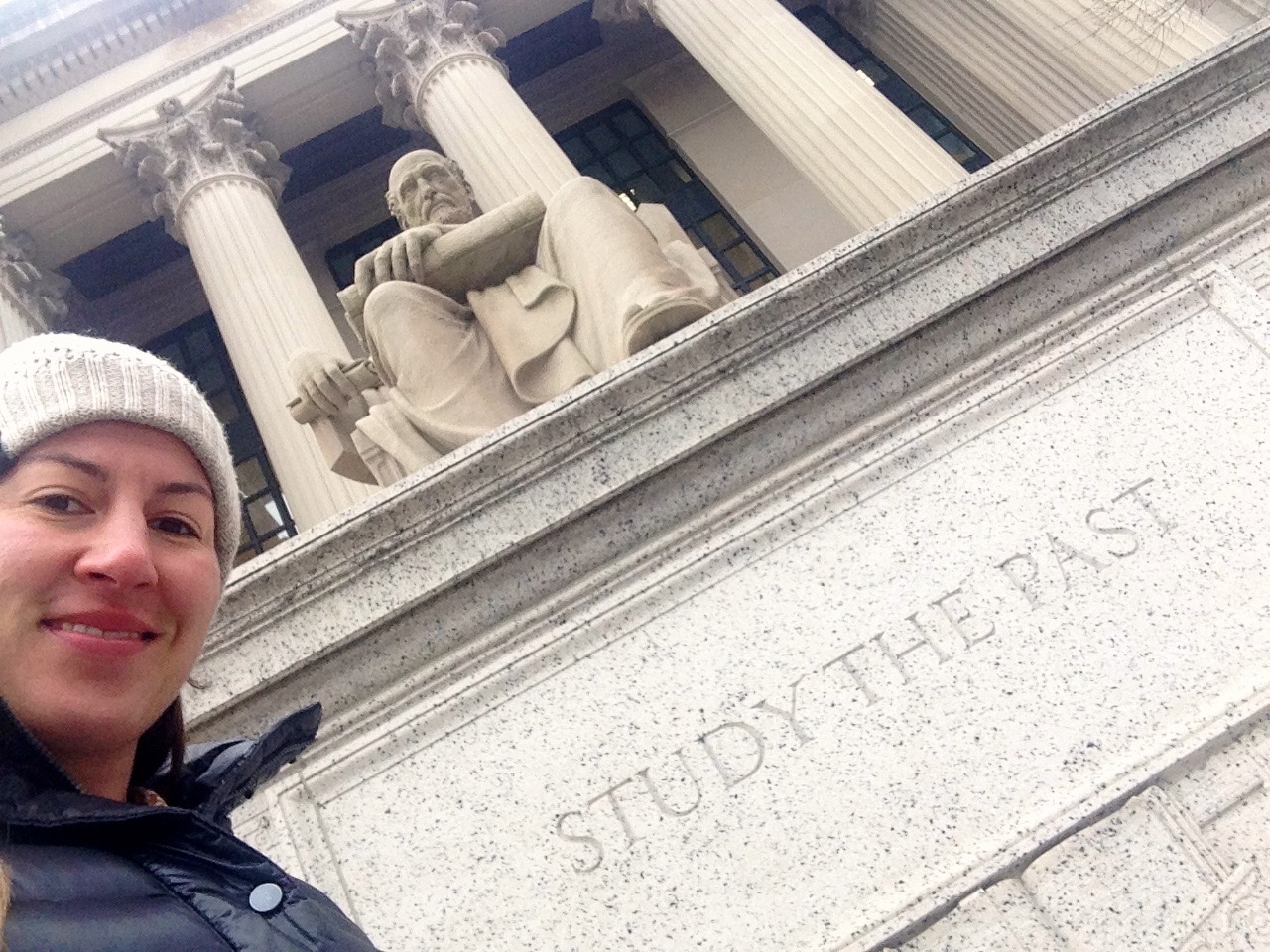 NARA Downtown: A ‘study the past’ selfie in front of the National Archives building in downtown Washington DC

My most favourite of finds revealed itself about halfway into a cream manila folder, labeled ‘Lindblad Tourist Expeds 1976-1982’ on embossing tape. It was a complaint letter from a Paul H Van Ness of Newark, New Jersey, who protested the ‘shabby, if not downright arrogant treatment’ he and his fellow tourists had received during a visit to US McMurdo Station in Antarctica. Although I had heard anecdotes about these kinds of letters, in my conversations with tour operators and policy experts, I had not yet found any of them myself. In this folder I found several, written by disgruntled Antarctic tourists to their respective congressmen and senators, reminding them that ‘McMurdo Station is costing us, as taxpayers, a large sum of money’. Van Ness’ letter delighted me, not only because of its degree of anger and passion, but also because he chose to address it to:

Van Ness had sent President Jimmy Carter a copy of his letter to the Director of the National Science Foundation. ‘Having been thwarted…in my effort to see for myself what we are buying [in Antarctica], I would appreciate some information from your office as to the useful purposes our taxes are serving’, he told the President. On the face of it, Van Ness and his fellow travellers appeared entitled and prone to exaggeration – nothing more than wealthy tourists perturbed that a multi-million dollar military and scientific operation did not pause to welcome and entertain them. Yet these letters illuminate the role that early tourists played in shifting the Antarctic status quo. Through their presence, and their protests, these tourists challenged the dominant idea that Antarctica was, and should continue to be, a masculine domain controlled by, and only accessible to, government-operated science. I had struck archival gold. 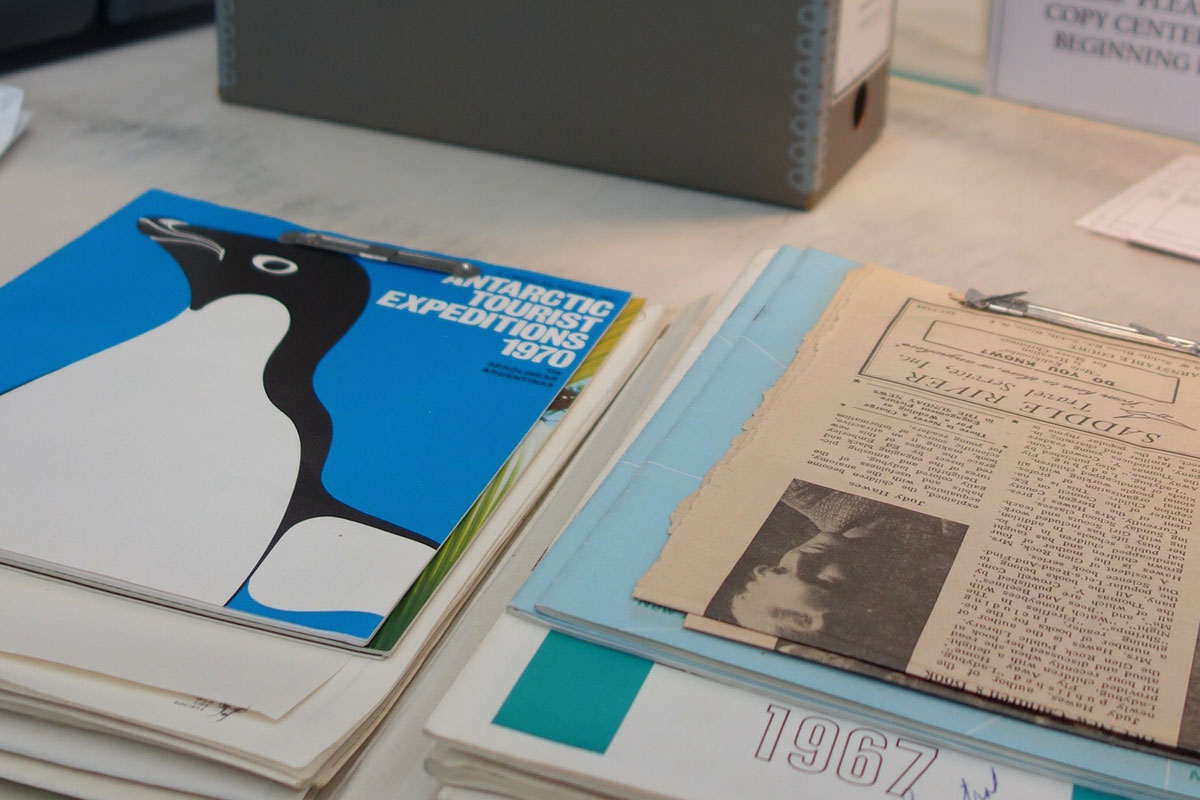 At my desk in NARA, College Park

On Day 7, I checked the last box off my list. Before returning my trolley and calling an end to my NARA visit, I wondered if I should check that I had not missed anything. I approached the Research Consultation desk, where the archivist on duty decided that someone more senior would better handle my request. ‘I’ll call David. Just wait here please,’ she said. Moments later, David appeared in the room wearing a navy lab coat and a head of fluffy salt-and-pepper hair.

As his violent laughter petered out, I considered what to do about David. I decided that I needed his superhuman research skills for just a few minutes. Then we could be out of each other’s lives forever. I thanked him profusely for coming to my aid. ‘You should have written to us about this before you arrived. Did you write to us? I can’t help you if I’m not given any time,’ he snapped. This time I apologised profusely and asked if he just have a quick look to see I had not missed anything obvious. For the next ten minutes, I followed David from shelf to shelf as he opened binder after binder. He was an archive-searching machine. He asked short, sharp questions and I gave him short, sharp answers.  After ten minutes he concluded that anything else of relevance was either closed to the public or scattered and buried within who knows how many files. It was official. My work at NARA was done and was free to take a brisk winter’s stroll along the National Mall.

‘You should have written to us earlier about this,’ David said, again. As I turned to leave I thanked him profusely, again.

With Libby at Emerald Bay on Lake Tahoe, California.

Strolling the Saturday markets at the Port of San Francisco

Scaling the red monoliths of Sedona in northern Arizona

With Libby and William (Bill) Fox at Jax on the Track in Truckee, California

On a roadtrip to Big Sur, California

The entrance to NARA in College Park