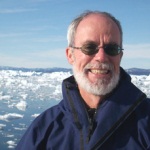 Tom Griffiths is an Emeritus Professor of History in the Research School of Social Sciences at the Australian National University, Canberra, and Director of the Centre for Environmental History at ANU.  His research, writing and teaching are in the fields of Australian social, cultural and environmental history, the comparative environmental history of settler societies, the writing of non-fiction, and the history of Antarctica.  Tom’s books and essays have won prizes in history, science, literature, politics and journalism.  His most recent monograph, Slicing the Silence: Voyaging to Antarctica (UNSW Press and Harvard University Press, 2007), won the Queensland and NSW Premiers’ awards for Non-Fiction and was the joint winner of the Prime Minister’s Prize for Australian History in 2008.

Supervision of doctoral candidates in the School of History, ANU

Some recent essays and articles: