Drought and a pair of stout (gum) boots 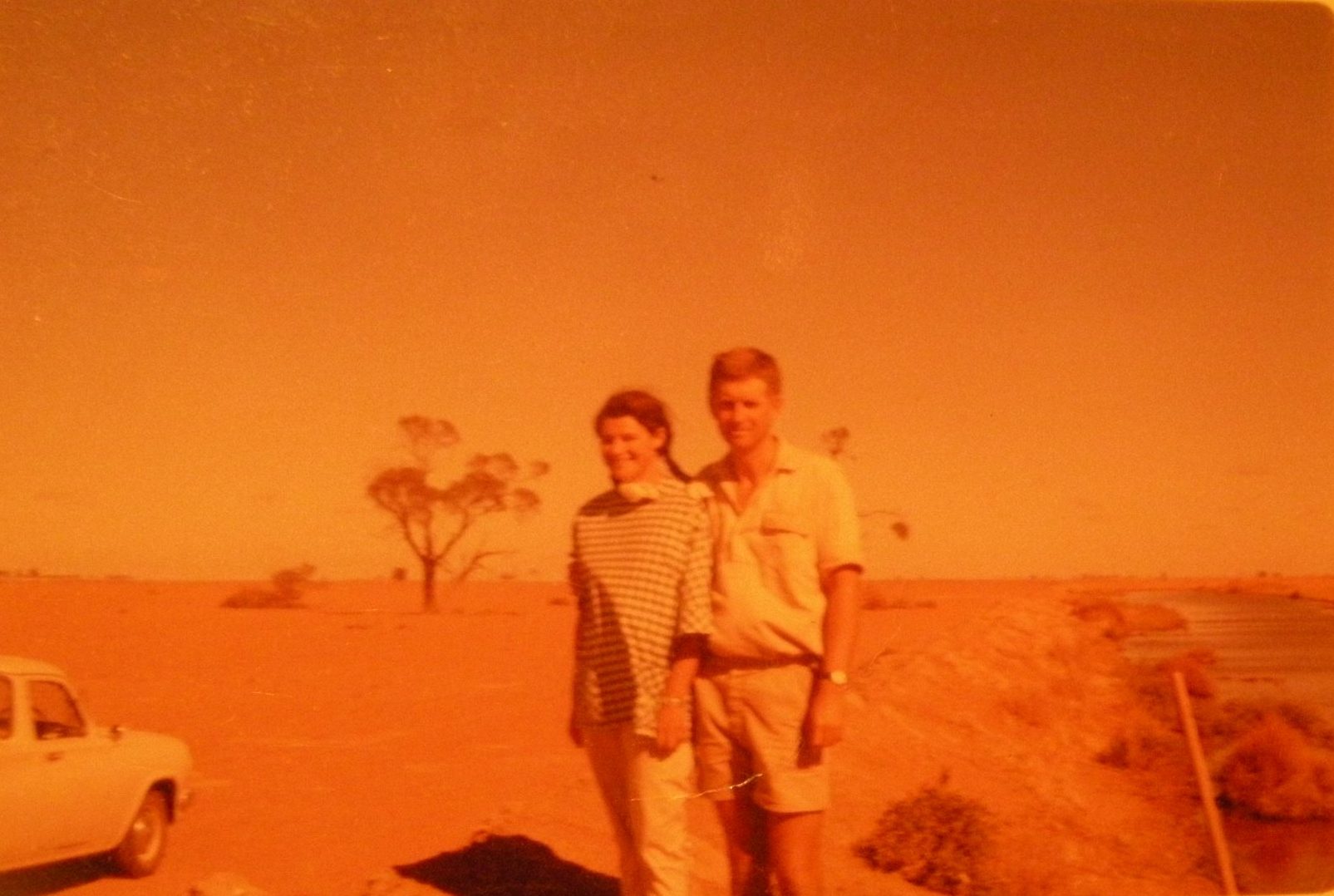 MY phone rang at 7.30 am.   ‘Rebecca, David here.  We’ve had 5mm of rain and if we have any more you won’t be able to get out to our place.  You’d better leave now.  I’ll meet you at the gate.’  I had arrived in Hay, in the western Riverina in southern New South Wales the previous evening to interview David and Colleen about their experience of living with and farming through drought.  Winter and spring had been particularly dry but a light steady rain had fallen all night.  I drove the 15 kilometres along a slippery gravel road and, as promised, David was waiting at the gate in his farm truck.  He had swapped cars for the day with his son whose vehicle was more presentable for visitors.

After a cup of tea at the house we explored some of the 18 500 acre pastoral property, and David talked about drought, sheep, saltbush and the history of the farm.  David’s grandfather came to the Hay Plains in the late nineteenth century, one of six selectors in the area.  Grandfather, an immigrant from Northern Ireland, felt that the Plains were the sweetest place he had seen in Australia.  By the end of the seven year Federation drought Grandfather was the only one of the six selectors who remained farming in the area.  Like so many other farmers who outlasted a long drought he was able to purchase adjoining selections and expand his property.  He built a house near the swamp with a strategically placed verandah where Grandmother could stand and shoot birds for dinner.  This Australian-born woman who never left the country went to the river to paint scenes of Scotland.  Perhaps this was her escape from the unrelentingly huge skies, unfathomably far horizons and reliably erratic weather. 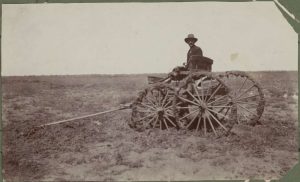 The Hay Plains, David explained, have everything which Australia offers: drought, flood, severe frost, heat waves, fire, dust storms … and mud.  And I learnt a lot about mud that day. These are alluvial floodplains of the Murrumbidgee River, criss-crossed by shallow channels which drain to the river.  The river is lined with River Red Gum and Black Box but away from it banks the landscape is almost treeless, dominated by saltbush, grasses, forbs and myall with the occasional lonely clump of cypress pine.  The soil is deep, heavy clay which expands after rain then cracks as it dries leaving fissures in the soil as wide as ten millimetres. Self-mulching soils they call it, as leaves and twigs fill the cracks in dry weather, then the organic matter is incorporated into the soil as it expands.   Rain following dry weather quickly fills the cracks in the soil and collects in gilgais.  In areas were the soil is bare or compacted such as tracks and roadways even light rain causes the surface to become slick and sticky, a grey brown gluey mess. 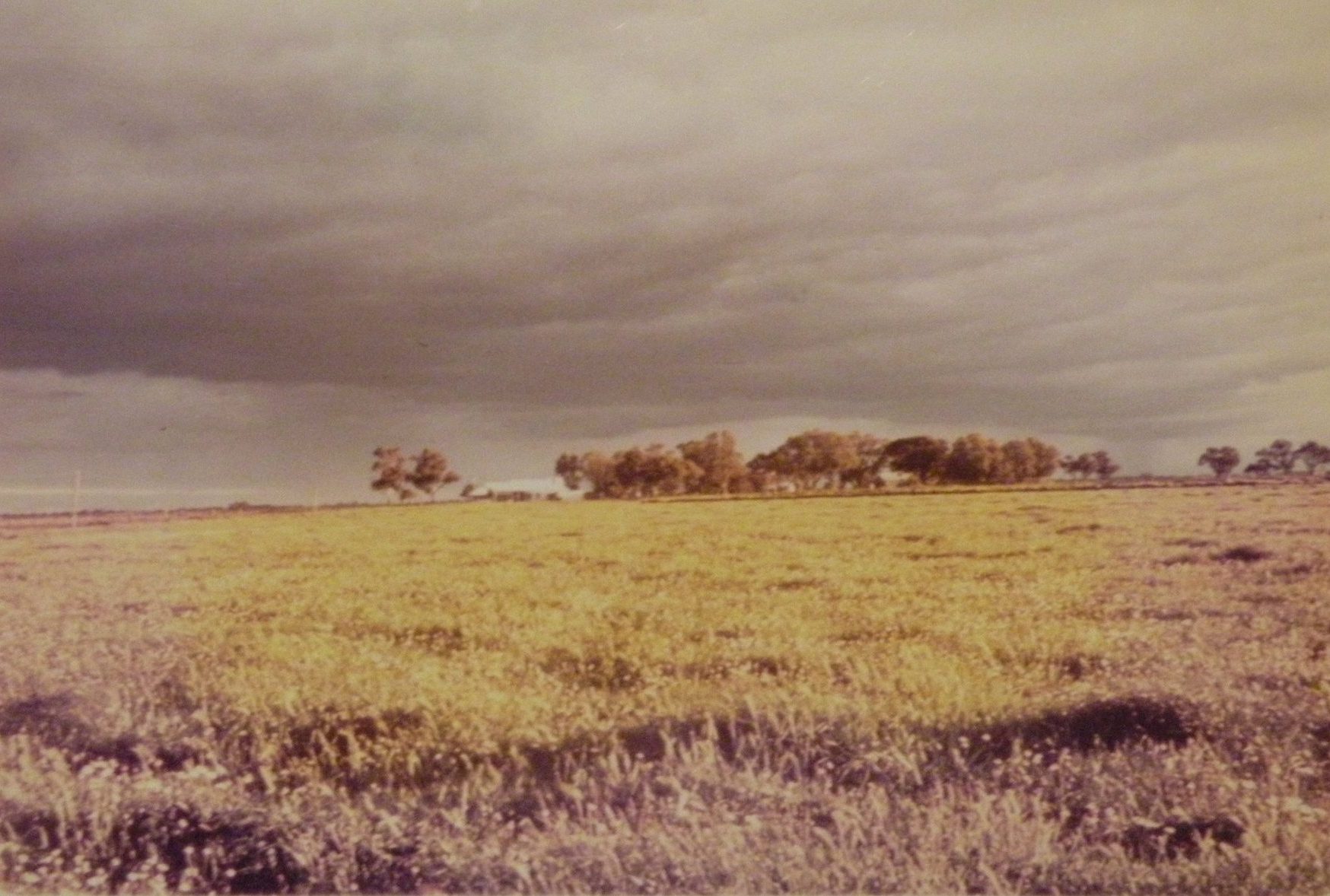 ‘Come on, we better get moving.’ David and I were huddled beneath a tiny purple umbrella, contemplating the swamp where Grandmother shot her lunch, about 10 kilometres from the present-day homestead. But the mud had different ideas.  Despite David’s driving skills and knowledge of the farm tracks progress was fraught. Gluey mud latched onto tyres, wheels and the base and sides of the car, sending the wheels spinning uselessly. Sliding, slipping, squelching we lunged forward only to further confuse the driving mechanism sending the engine into a spin.  Grumbling about the smart ‘visitor’ car (but politely abstaining from the complaining about the visitor) David hauled the car into reverse, slowly swung a wide arc and with greater success headed for home… backwards.  We were still eight kilometres from the homestead and could drive only across the saltbush as we became hopelessly entangled on the muddy tracks.   I could relax and enjoy the adventure but David reversing with neck cricked needed to dodge stumps, rocks and gilgais. Most challenging was negotiating the (now flowing) channels.   Relying on his mental map of the placement of each channel crossing, as we approached each culvert, he quickly swung the car onto the narrow track (still in reverse and flanked by a treacherous drop into the channel) then as soon as we had cleared the culvert dodged back onto the grass again to continue our journey.    In this way we returned to the homestead zig zagging across country. 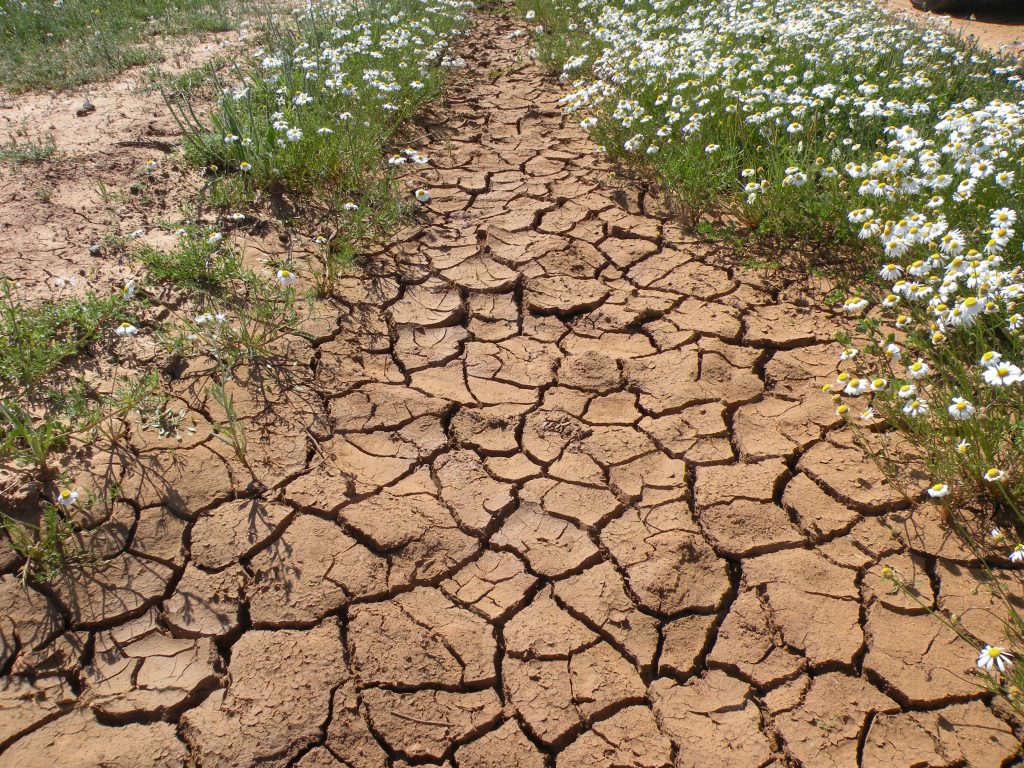 In researching drought I had discovered mud. The interaction of soil, water, plants, animals and human endeavour are the fundamentals of agriculture.  In The Art of Time Travel: Historians and their Craft (p 288) Tom Griffiths reminds us of Henry Glassie’s pertinent observation about the importance of non-written sources:  ‘beyond us, around us, spreads the vast and democratic handmade history book of the landscape’.  No written document, no oral history, not even a photograph could have given me such a tangible, sensual acquaintance with the diverse properties of soil, its potential, its challenges and its tenacity, nor provided such an intimate insight into the diversity of weather in inland Australia and the speed with which a drought can become a quagmire.  And I had travelled backwards in both time and space. 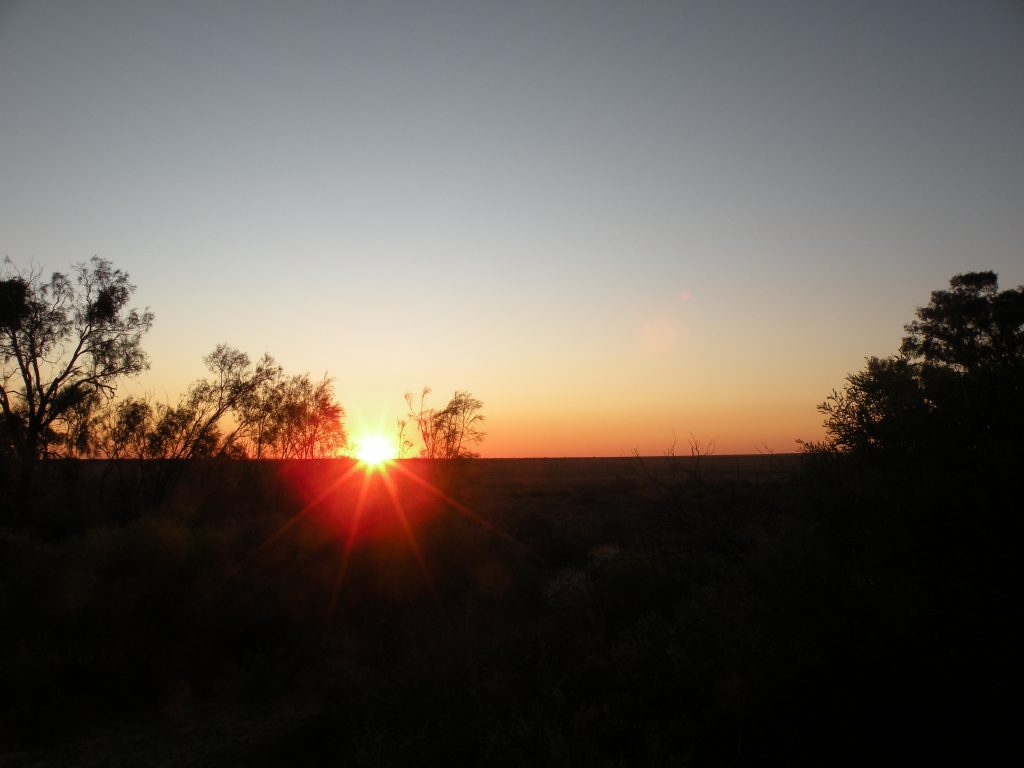