On Friday 24 March artists, scientists, writers and scholars met to explore the idea of ‘Localising the Anthropocene.’ How do we take a broad, abstract term and make it grounded? What does it feel like to live in times of rapid environmental change? What does the Anthropocene mean for different people and in different places? 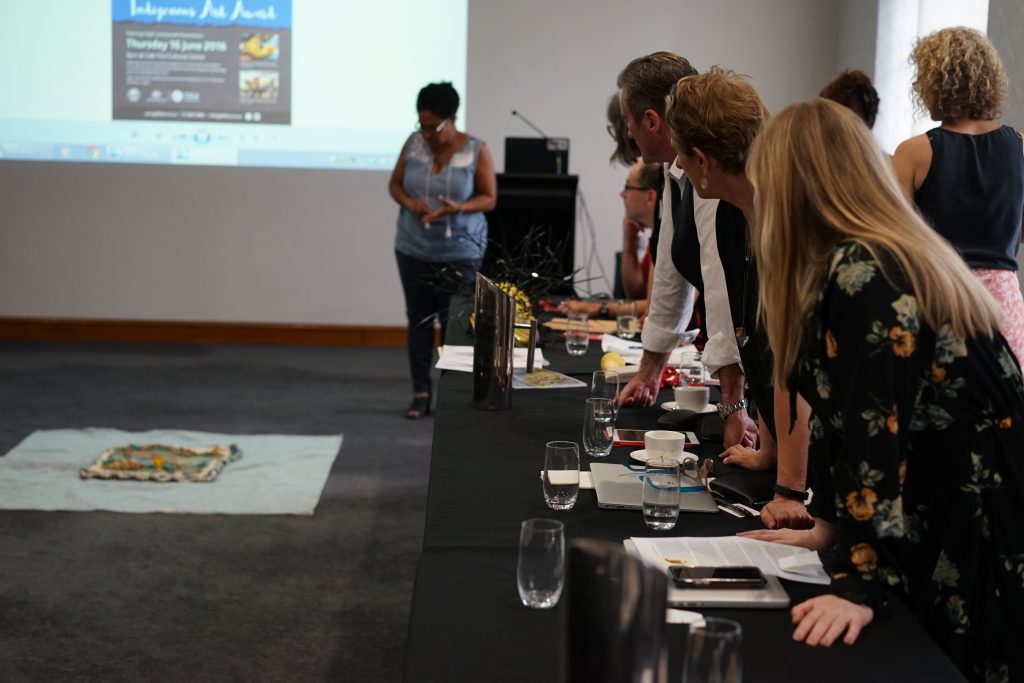 We are drawn to an object

In the morning we discussed the aims of the ARC funded project led by researchers and curators from the National Museum of Australia, the Sydney Environment Institute (University of Sydney), and the Australian National University (including two members of the Centre for Environmental History: Libby Robin and Cameron  Muir). We looked at a draft version of an online gallery that is part of the project. It will feature stories that use objects as a prompt to talk about people’s relationships with their local environment and how they feel about the future. Our book project is another means of inviting collaborations, exploring the ideas that shape the project, and for reflecting on what we have discovered. 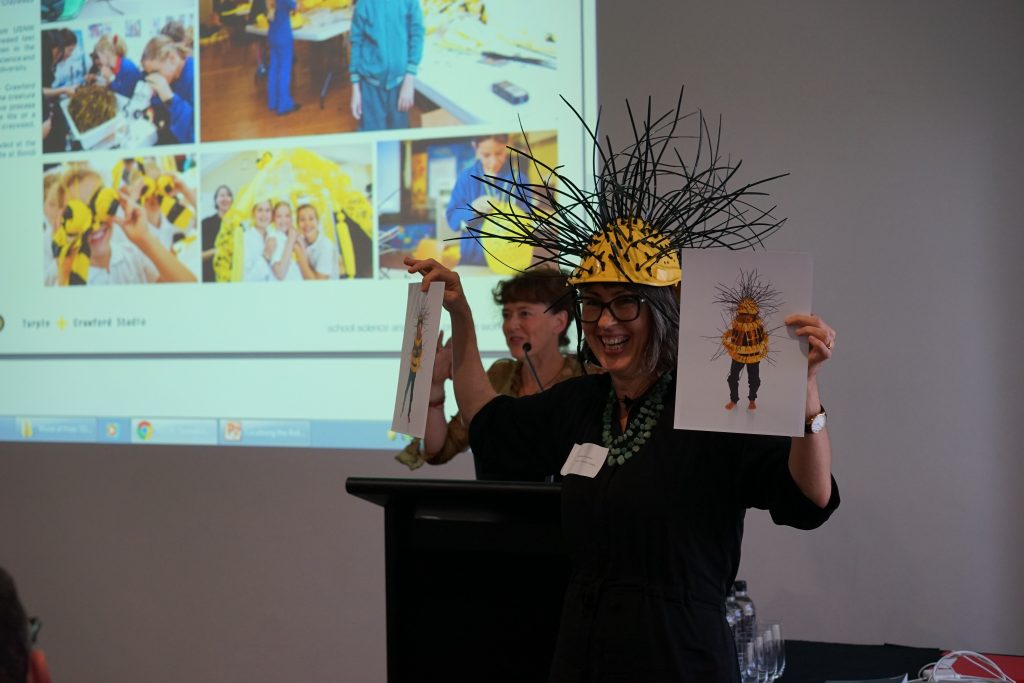 The rest of the day was dedicated to sharing Anthropocene object stories among our group of thirty or so participants. It was run the in the spirit of a poetry slam with each presenter pitching their object in a few minutes. The eclectic collection of objects included a coal briquette, coral cores, stygofauna, crayweed artworks, an albatross egg, a brine shrimp layer, Brent oil field rigs, a chainsaw and thongs.

Will Figueira, University of Sydney

We all gathered to inspect the ghost net artwork

Jenny Newell on powerful voices from the Pacific Islands

Marie McKenzie on the ubiquitous thong