On the morning of 7th February, 2009, after a protracted drought and weeks of record temperatures, the state of Victoria faced warnings of extreme fire danger. The state’s Premier made public announcements, the Country Fire Authority prepared to enact a disaster plan and residents of fire prone regions were asked to consider their ‘leave early or stay and defend’ options. By the evening Victoria’s nightmare had been realised. The worst bushfires in the nation’s history had swept through 4,500 square kilometres of land, claiming 173 human lives, injuring 5,000 people, killing countless animals and destroying 2,029 homes.[1] Black Saturday had been burnt into history.

Within the Yarra Valley nestles the locality of Steels Creek, a small community which suffered extreme loss in the firestorm. Eleven people perished and over 70 dwellings were razed when the fire roared out of the Kinglake National Park late on the afternoon of Black Saturday. In the wake of the fires, the devastated residents of the valley began the long task of grieving, repairing, rebuilding or moving on while redefining themselves and their community. Inevitably, as part of that process, they asked themselves “why?”

It was the question “why?” that environmental historian Professor Tom Griffiths sought to address in his impassioned essay for the online journal Inside Story. Written just days after the fire, he proposed: “We should have seen this coming. We did see this coming. Yet we failed to save lives. We have still not lived long enough”. 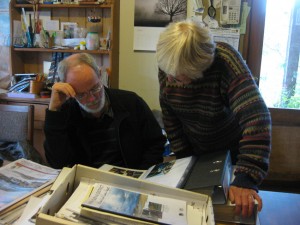 This essay and the questions it presented set in train events leading to the founding of the Victorian Bushfire Project. This collaboration between the Centre for Environmental History and the residents of Steels Creek, Victoria, seeks to address the gap in understanding of the social, cultural and ecological dimensions of fire experience.

The research team are grateful for the support of the David Thomas Foundation, the Sidney Myer Fund, and the ANU Vice-Chancellor.

Black Saturday at Steels Creek: Fire and an Australian Community 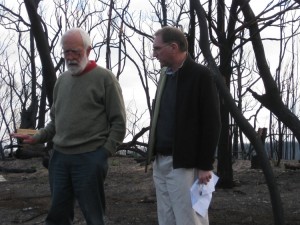 Dr Peter Stanley is the inaugural Head of the Centre for Historical Research at the National Museum of Australia, where he has worked since 2007. Peter has published over twenty books, mainly in the field of military social history, such as Tarakan: an Australian Tragedy, White Mutiny: British Military Culture in India 1825-75 (based on his 1993 ANU PhD), For Fear of Pain: British Surgery 1790-1850, and in 2009 Men of Mont St Quentin and Commando to Colditz. His next book (to be published in August) will be Bad Characters: Sex, Crime, Mutiny and Murder in the Great War. A common theme linking his books is the idea of people in extreme situations.

In March 2009, in the wake of the fires that had devastated large parts of Victoria and killed so many people, Prof. Tom Griffiths approached the National Museum of Australia and asked whether the Museum might like to join a small team he was putting together to respond to the fire. (He knew people living in Steels Creek, who saw that places needed not just people to re-build fences but also people who could help to re-build communities badly affected by the disaster.)

I’m delighted to report that the co-operation of the people of Steels Creek has been inspiring and humbling. Families have welcomed me into their homes – sometimes their temporary houses; sometimes homes they saved from the fire – and have told their stories.

As head of the Museum’s Centre for Historical Research, Tom’s request came to me. Gosh, I thought, who could be asked to come in on this venture? Everyone seemed very busy …and then the penny dropped and I realised that it was made for me.

I’d joined the Museum in 2007 and had mainly written military social history. I had just delivered a book about men whose lives were dominated by the Great War and was wanting to do more Australian social history. In May 2009, along with other members of the team – Tom, Moira Fahy and Christine Hansen – visited Steels Creek to meet members of the community and to see what we might do.

My part of it will be a book, Black Saturday at Steels Creek, sub-titled Fire and an Australian Community that will look at what happened in Steels Creek on 7 February 2009 and in the immediate aftermath of the fire.

I realised that while writing about a recent bush fire would be a challenge (not least because I’d be dealing with very raw experience) the project represented an extension rather than a change of approach. I’d written a lot about ‘extreme’ experience – battle, mutiny and surgery – and a bush fire was like a battle, in a way. But the entire project would depend upon the willingness of the people of Steels Creek to entrust to a stranger their stories of a recent and traumatic event, a fire in which ten people died in the area.

I’m delighted to report that the co-operation of the people of Steels Creek has been inspiring and humbling. Families have welcomed me into their homes – sometimes their temporary houses; sometimes homes they saved from the fire – and have told their stories. So far I’ve interviewed some thirty people, and our local partner (bush fire survivor Hannah Sky) has collected others’ stories. Ultimately I hope to draw on accounts from about 70 people, or roughly a quarter of the population of Steels Creek. 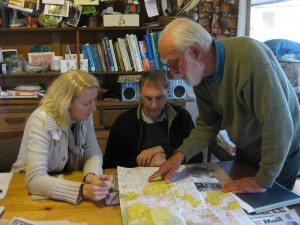 Moira Fahy is Writer, Producer, Director for One Thousand Productions. Moira has made a number of documentaries on the impact of natural disasters, including on the 1939 Black Friday fires and the 1983 Ash Wednesday fires. She is the writer and director of the award winning ABC online documentary Black Friday.

Moira, through her film production company One Thousand Productions is producing a 60 min film that captures, over a period of three years, the trauma and recovery of three families from the Steels Creek community as they rebuild their lives after the devastating 2009 Black Saturday bushfires.

The documentary will follow the experience of three families from the Steels Creek community. The first family, in their late seventies, evacuated late with their grandchildren and daughter-in-law, while the husband and adult son stayed to successfully defend their homes; they were lucky to survive.

The second family, in their late fifties, also stayed to defend but lost their home and business. They have started the long journey to rebuild a new home, using the latest fireproof technology and have now lived in a ‘donger’ (temporary shelter) on their property for more than two and half years.

The third family, a young couple in their late thirties with a baby and a three year old, left early and lost their home and neighbours in the bushfires. They have recently moved back to the area after a period of time away and are now living in Yarra Glen.

These three families’ stories will dovetail though the seasons capturing their decisions, their grief, joy and pain as their community canvas turns from black to green and their new dreams rise from the ashes.

A leading trauma and disaster specialist, Dr. Robert Gordon, will provide expert analysis and comment throughout the film in response to the three families’ emotional journey over the three years.

The observational component of the film will be interspersed with a strong dramatic narrative as Dr Peter Stanley recreates the one and a half hours that destroyed the Steels Creek community. The film will also include interviews with Professor Tom Griffiths who will capture the deep and near history of the community from an ecological, social and cultural perspective. 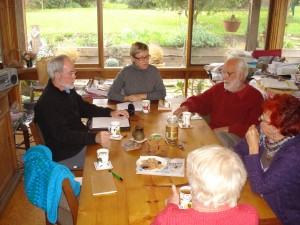 Christine Hansen and Tom Griffiths are working with members of the Steels Creek community towards a publication on the social and environmental history of the valley. Christine Hansen is a Postdoctoral Research Fellow at the Centre for Environmental History. She was a curator at the National Museum of Australia between 2005-2010, and completed her PhD in History in 2009.

The book, provisionally titled Living with Fire: People, Nature and History in Steels Creek, will have two structural elements.  The first element is a series of five essays which will form the main text of the work. These essays will move thematically through the book to examine the interplay between the complex of factors that determine the relationship between people, place and fire.  They will address the changing demography of the community, the natural history of the valley and its environs, the history of fire lighting and fighting, the story of the houses and other buildings of Steels Creek, and aspects of the contemporary debate about fire policy in Victoria.

The second element is a series of four interludes that will sit between each of the chapters. In the immediate aftermath of the fire many people within the valley of Steels Creek sought to express their grief, shock, sadness and relief in artwork. Some painted, others wrote poetry. Some collected the burnt remains of past treasures from which they made new objects. The interludes will be compiled from this material, supplemented by the historical archives, to offer a sensory and holistic window into the community’s contemporary and historical experiences.

Living with Fire (CSIRO Publishing) by Christine Hansen and Tom Griffiths was launched at Steels Creek on 23 November 2012!  Read the story and view photos.

Read Libby Robin’s reflections on the project’s completion at the National Museum of Australia website.

Further information on the Centre’s work on Australian bushfires: